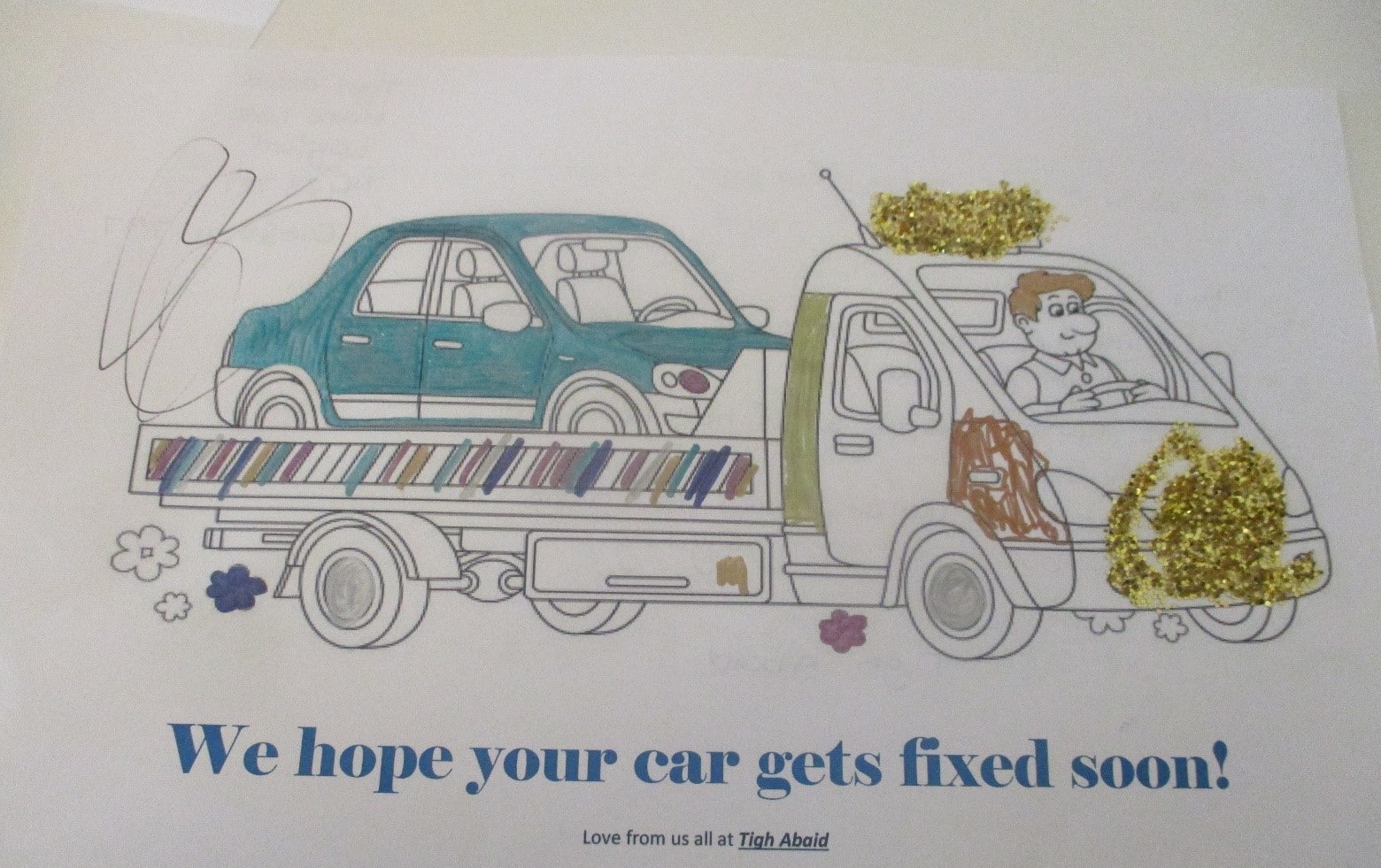 It’s often said that staff at Kisimul go the extra mile – and that was certainly the case when an elderly man suffered car trouble near one of our services.

Staff and young people at Tigh Abaid came to the rescue when the man, aged 84, found himself stranded after his car broke down. The man’ s car had been damaged and left undriveable after he hit a large stone, and he was spotted by staff on the road shortly after they had dropped off the young people they support at school.

They noticed he was struggling to walk, so stopped to ask if he needed help.

After establishing the problem, kind-hearted staff gave him a lift to his home a few miles away – which would have taken him well over an hour to walk to.

A few days later, staff also paid a visit to the man and his wife at their home to check they were OK. They took a greetings card for them that had been made by the young people at Tigh Abaid, which the couple said they would proudly display in their kitchen, alongside a growing number of pictures drawn by their grandchildren!

Don’t miss out on our Management Open Day – 13th April – to seize your opportunity to progress your career in social care.
Advanced Sensory Integration training is added to the tool kit at Kisimul

Congratulations to Louise Kennedy-Taylor, the Occupational Therapy Lead at Kisimul, on becoming an Advanced Sensory…

When it comes to fitting regular exercise around our busy lives, most of us manage…